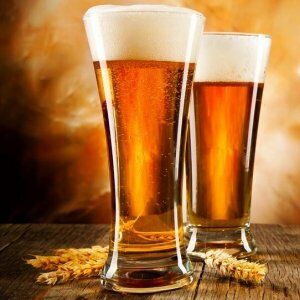 I admit it, I love beer. In fact I love beer more now than I ever did, for one simple reason – beer is much better now. The variety is greater, the flavours are better and there is much more scope for savouring. This is thanks to the rediscovery of craft beer. There are many complementary benefits to the rediscovery of craft beer, and craft goods generally.

Before the industrialisation of everything, beer was traditionally brewed in quite small quantities in small, sometimes even cottage-sized, breweries. Each beer was different and the brewer was a craftsman who lovingly tended his brew trying to perfect it with care and experience.

This changed over time, and breweries became industrialised, just like the rest of the food industry. This change happened more in some countries than in others. In New Zealand, the situation was extreme by the 1970s with only two major brewing companies making just a handful of uninspiring beers. They sometimes had different brand names but they were nevertheless the same. The breweries made these beers to quench a thirst (read: intoxify), not for the savouring of their complex flavour profiles. In New Zealand, as in other countries, regulation benefitted the large breweries who enjoyed a mutual monopoly.

With changing attitudes and the ultimate deregulation of the industry, crafted beers started to make a comeback. Producers decentralised and scaled back mass-production methods. Micro-breweries popped up everywhere. In the past ten years especially, craft beers have really taken off. Micro-breweries have revived the skills and dedication of the master-craftsman; and rediscovered the deep, inner satisfaction of doing things well.

Fundamentally, beer has only four all-natural ingredients – water, malted barley, yeast and hops – and yet the variety of beer flavours is infinite. It is this complexity from simplicity that provides scope for the individual expression of the craftspeople making the beer. And it’s not just beer either. Just in the world of food, there is craft tea, coffee, wine, cheese, bread, chocolate, sausages (and charcuterie generally), sauces, pickles and preserves.

Craft beer, and craft and artisan goods generally, have many social and environmental benefits over their industrial-style simulations: