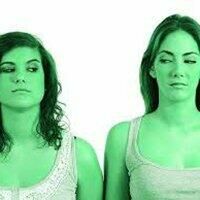 Envy, wanting what other people have, is greed’s evil twin. Envy can include wanting other people’s possessions, their lifestyle, their looks, their status and even their husband or wife.

By nature, people compare themselves to others, and this causes no end of trouble. The drive to ‘keep up with the Joneses’ can lead to dissatisfaction, covetousness, status anxiety and worst of all resentment.

Whether or not we’d like to admit it, we’ve all felt jealous of someone else in the past.

In our evolutionary past, competitive and jealous feelings were an adaptive strategy. People compared themselves to others because it was essential to outperform others in order to survive. This is part of a survive-at-any-cost mindset.

While it was natural to become envious or resentful of others, in modern society the feeling does much more harm than good.

Curiously, whilst people can abide strangers being much richer than them, they cannot abide when friends and family are. As they say, nobody wants to turn up at the class reunion in the cheapest car.

In the 1970s the economist Richard Easterlin reported that although richer citizens are happier than poorer ones overall, as countries become richer, their citizens do not become happier. This fact is the Easterlin paradox. Easterlin conjectured that happiness must depend on one’s wealth relative to others. The point is that when everyone gets richer, no one gets happier, which is as good an argument for not having economic growth as you can get. It is also an indictment of how shallow and ignoble people can be.

If envy is innate, how do we stop the escalation of wants? There is no one answer, ultimately it is about becoming a better person, by being motivated by a better purpose and to not be controlled by dysfunctional evolutionary drives.

This is perhaps best summed up in Ernest Hemingway’s saying:

This is a much wiser and nobler endeavour.