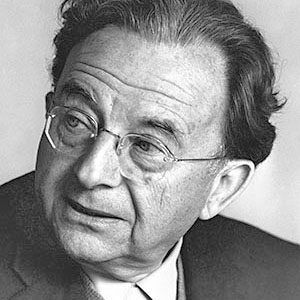 Erich Fromm (March 23, 1900 – March 18, 1980) was a as a German social psychologist, psychoanalyst, sociologist, humanistic philosopher, and democratic socialist and prolific author. His books have helped inform Econation’s philosophy especially “To Have or to Be”. The following quotes are a selection about human well-being – motivations, lifestyles and mindsets

“The only truly affluent are those who do not want more than they have.”

“Modern man lives under the illusion that he knows ‘what he wants,’ while he actually wants what he is supposed to want.”

“The task we must set for ourselves is not to feel secure, but to be able to tolerate insecurity.”

“We are never free from two conflicting tendencies: one to emerge from the womb, from the animal form of existence into a more human existence, from bondage to freedom; another, to return to the womb, to nature, to certainty and security.”

“The scars left from the child’s defeat in the fight against irrational authority are to be found at the bottom of every neurosis.”

“The hoarders, who are anxiously worried about losing something, are, psychologically speaking, the poor impoverished people, regardless of how much they have.”

“Love is the active concern for the life and the growth of that which we love.”

“Man’s main task in life is to give birth to himself, to become what he potentially is. The most important product of his effort is his own personality.”

“For the most part, biophiliacs, lovers of life, are found among simple people, without pretensions.”

“Independent of others and in concert with others, your main task in life is to do what you can best do and become what you can potentially be.”

“There is only one meaning of life: the act of living itself.”

“Love is the only sane and satisfactory answer to the problem of human existence.”

“There is no meaning to life except the meaning man gives his life by the unfolding of his powers.”

“One of the worst forms of mental suffering is boredom, not knowing what to do with oneself and one’s life.”

“Greed is a bottomless pit which exhausts the person in an endless effort to satisfy the need without ever reaching satisfaction.”