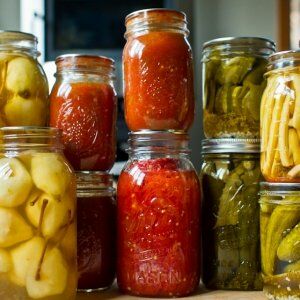 In any given situation, people have to make do with what they have. However, modern western market societies provide more goods and services than we actually need for well-being. People work longer hours and often go into debt so that they don’t have to make do. Subsequently, the art of making do has been lost.

We New Zealanders have a long proud tradition of making do.

Māori were a Neolithic culture. They did not use metal yet had the ability to make do with other materials at hand. Plants, animals, earth and rock were all used. With extraordinary skill, they could weave, bind, carve and construct a wide variety of implements, artefacts and structures. The Māori material culture might be called primitive, yet the British explorer James Cook remarked that the Māori had fishing nets that were far superior to any he had ever seen or heard of.

When European settlers came to New Zealand they had enough provisions for a while but with no way of easily getting more, they had to make do. For example, settlers used the leaves of the mānuka tree as a substitute when tea was in short supply. In fact, the aforementioned  James Cook brewed the very first beer made in New Zealand at Dusky Sound in 1773. To ward off scurvy among his crew, Cook made beer from rimu and mānuka leaves.

New Zealand farmers who often were, and still are, in extremely remote locations, far from shops and suppliers, had to be extremely self-sufficient. Famously, No. 8 gauge fencing wire was used to make or repair just about anything. The so-called ‘No. 8 wire attitude’ refers to the ambition, the enterprise and the inventiveness of New Zealander’s wanting to make do. (In recent times the business establishment has hijacked the ‘No. 8 wire attitude’ in their drive for constant innovation.)

Making do during shortages

During the shortages of the two world wars, and the great depression in-between, ordinary New Zealanders had to make do. People grew vegetables and fruit; preserved surplus food for later;  kept hens; fished, hunted and foraged; made and mended their own clothes; and they helped their families, friends and neighbours do the same. Before radio, TV, internet and computer games people everywhere made their own entertainment. They told stories, sang songs, performed music, danced, read books and played games.

Since the end of the second world war, our culture has simultaneously become more affluent and less self-sufficient meaning we are more dependant on market goods and services. This double-whammy is affecting the well-being of both people and planet. Making do is not about deprivation. It is exactly the opposite. It is about creating well-being for yourself and those around you with what you have at hand. No-one in the world should be deprived of the necessities for well-being (although hundreds of millions are). There is no need to eschew TV, internet and the many modern conveniences that are available. Instead, we need a better balance.  This means people shouldn’t buy something new as the default solution for any need or desire.

Balanced solutions would also include:

21 Uses for a wire coat hanger