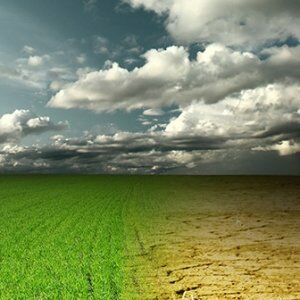 The spectre of climate change literally hangs heavily over us. We can be anxious and concerned about it, and we can also feel helpless and confused. What can we do to remove this spectre?

We can’t rely on governments, institutions and corporations to do much. Next year it will be thirty years since the Earth Summit in Rio de Janeiro. In 1992 at the Rio Summit an agreement was made on the Climate Change Convention. This agreement ultimately led to the Kyoto Protocol starting in 2005 which was superseded by the Paris Agreement of 2016. In this time there has been a fair amount of talk but there has been much less action on climate change.

It is true that the overall growth in carbon footprint has slowed over the past decade. However, concentrations of greenhouse gases in the atmosphere have continued to increase meaning that current efforts to reverse this trend are not enough. The point is that we are still heading towards the precipice, slowing down just prolongs the inevitable crash. We need to turn around and go a different way.

According to a 2020 Oxfam report over half (52%) of consumption-related emissions are generated by the richest 10% of people globally. The majority of the people in affluent countries such as New Zealand, Australia, Canada, the United Kingdom, and the USA are in that top 10%. The point is that there is something innately climate changing about affluent societies.

Climate change is one of the symptoms of a system that is sick. Whilst climate change is the ‘elephant in the room’ there are many other negative effects that our industrial economic system has on both people and the planet we all share. These include the degradation of nature in various ways as well as societal issues such as the explosion of mental health problems, lifestyle diseases, inequality and other ill-effects of over-consumption.

It is very hard to change this system because of deep-seated inertia. It is easier to create a better system and the old one will fall away. The system of industrial overproduction must be replaced by a system of sufficient production that is local, solar and focused on improvement rather than growth. We need a better system, not a bigger one. The goal is to reduce net emissions to zero and to bring production and consumption to a level that is sustainable and harmless.

The good news is that we have the know-how and technology to do this. We just need the appetite and the will to make it happen.

Project Drawdown is perhaps the most comprehensive list of climate change solutions. The solutions fit into a three-fold framework:

3. Improve Society — fostering equality for all

The main source of climate changing emissions are fossil fuels. The Global Footprint Network estimates that only 9.3% of primary energy production is from renewables. This is far too low. Other culprits are emissions from food production, especially sheep and cattle; plowing and degrading soils; clearing forests; manufacturing cement and steel; industrial pollutants such as refrigerants; and many others.

While most heat-trapping emissions stay in the atmosphere, significant portions are quickly removed by plants on land or taken up by oceans. Natural processes, especially photosynthesis, can bring some of the excess emissions back to plants, soil, or sea. These “sinks” are nature’s way of absorbing and storing carbon. By supporting sinks such as reforestation and organic practices in agriculture we can reduce greenhouse gases in the atmosphere. Read about offsetting here -»

This is partly about improving the choices for people, particularly girls and women, whether to get married and have children – or do something else. In many places in the world girls don’t have this choice because they are not properly educated. General education for all girls, including family planning, is seen as a crucial way to reduce population growth.

It is also about the wealthiest taking responsibility and embracing lives of sufficient consumption for health and well-being. Our system encourages us to over-consume, but for our own benefit, as well as for the benefit of nature, we need to say no.

What can we do as individuals?

We started Econation in 2008 because at the time many people we spoke to were unaware of, or confused about, what they could individually do to make some sort of difference in the fight against climate change. Our early advice was the sort that was about being more energy efficient, reducing waste and the like. However, it became clear that being efficient is not enough to offset the overall growth in the consumption of energy and other resources we are seeing.

It also became clear that people’s values in general had shifted away from well-being to well-having. For an ever-increasing number of people, what we have is more important than what we are.

That is why we started talking about sufficiency. Every person has an ecological footprint which is made up of the resources they consume. The goal of sufficiency is to have the maximum well-being from the minimum consumption. This is not hard because, contrary to what we are told by advertisements, well-being is not based on consuming more than you need to. The message is that being energy efficient is important, but it is more important to be sufficient first.

Lives that are rich in meaningful experiences and relationships and simple in terms of material consumption offer enormous benefits to individuals – and to nature. It is heart-warming what people who embrace simple living say about the freedom, peace and joy they get from it.

Removing the spectre of climate change

The only way to remove the spectre of climate change is to build a new system that does not cause climate change. In practice this will be based on maximising well-being whilst minimising consumption.