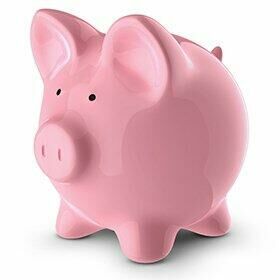 There are fundamentally two ways for people to become more financially secure. The first is to earn more and the second is to spend less.

One of the most common regrets people have on their deathbed is that they wished they hadn’t worked so much. If you couple that with the fact that 80% of people are not satisfied with their jobs you have a very good argument for taking the ‘spend less’ route.

Spending less means you will have a smaller ecological footprint. This is good for both people and the planet. Spending less essentially has two aspects to it – economising and self-sufficiency.

The most potent way to economise is simple living. Having only what you need for the well-being of everyone in your household is called sufficiency. It means that you are getting the maximum well-being from the least resources. There is no austerity or deprivation of any sort. The idea is definitely not to have too little, it is all about not having too much. The Goldilocks approach is to have just the right amount for well-being.

In other words, spending less doesn’t mean you are going to go cold and hungry, on the contrary, simple living means you will be comfortable, stress free, guilt-free, satisfied and fulfilled.

Of course spending less is not just about being thrifty, it is also about being more self-sufficient – in food, goods, energy and shelter.

Self-sufficiency is about producing as much as you can yourself. If you can produce at least some of your own food, goods, energy and shelter then you are more secure than you were. Also, you are much more secure than a person who totally relies on a job for those things.

Self-sufficiency involves extra work but this could be offset by working for money less often. Indeed, this would be the goal towards greater security. No-one can produce all the goods and services they need for well-being. Also, working is an important part of well-being; for instance, it can provide feelings of self-worth and a job well done. Work also provides opportunities for personal development, fulfillment and social interaction.

To get these benefits, part of self-sufficiency might be to work from home as an artisan, craftsperson, tradesperson or any sort of service provider. This would give you more flexibility to choose your hours and to determine your own work conditions generally.

To earn more or spend less?

In conclusion, the earn more approach might seem attractive but it is neither the best solution for people and definitely not for our shared planet. More and more people are finding that simple living gives them lives much richer in the things that really matter like family, relationships, personal development, confidence, peace, resilience and security.

Just imagine the Joneses are the thriftiest people around, try and keep up with them!