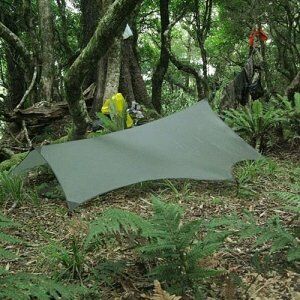 Recently there has been a lot of news about freedom campers and the damage they do to public areas. I suspect that most freedom campers are responsible and respectful, they are in camper vans with kitchenettes, toilets and rubbish bins. The rest are mostly irresponsible young people, who are in cars or vans without any facilities. They selfishly think that it’s cool to leave a mess for others to clean up. This scenario is a mirror image of how the whole of society works. People make a mess – I’m not talking about just rubbish either – and assume that others, like the next generation, will clean it up.

The other way to freedom camp (or live) is the bushcraft way. The bushcrafters’ motto is: leave no trace. This means that bushcrafters will leave their camp spot in the same, if not better, condition as how they found it. Bushcrafters do use natural resources but they don’t bring stuff from the outside and leave it behind.

Bushcrafters might use wood for a fire or to build a shelter. However, bushcrafters only use dead wood, green wood doesn’t burn anyway. They light fires on cleared ground, or in a fire pit. Once the fire is completely out, they douse the ashes with water and spread it in the surrounding area. The area that had been cleared for the fire can be recovered with debris. They leave no trace.

It’s not that bushcrafters have no impacts at all, but it is quite small because they try to minimise it. Bushcrafters love the environment, which is why they do bushcraft, and also why they respect and care for it. They also recognise the fact that other people use the same environment and it is unfair to spoil it for them. It is an attitude and behaviour that can be carried through to the whole of life: leave the world in the same, or better, condition as you found it. Leave no trace.