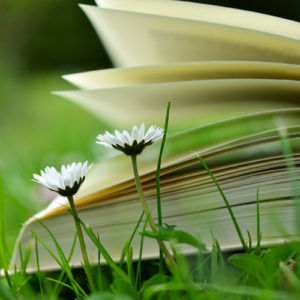 The books featured below are a selection of the best books about sustainability we have read. Sustainability is obviously a broad domain which includes business, environment, economy, home/lifestyle, consumption, resource use, and so on. We have highlighted what we consider an approachable book in each subject area with a short list of ‘honourable mentions’.

Please support Econation by clicking through to Amazon store from this page to purchase a copy of these books. We recommend buying the books in electronic format (.mobi) which is more sustainable.

The Ecology of Commerce

The Ecology of Commerce presents a compelling vision of the restorative (rather than destructive) economy we must create, centered on eight imperatives:

The economy and global competitiveness are the bottom line for society and governments, or so says conventional wisdom. But what are the real needs that must be satisfied to live rich, fulfilling lives? This is the question David Suzuki explores in this wide-ranging study. Suzuki begins by presenting the concept of people as creatures of the Earth who depend on its gifts of air, water, soil, and sun energy. He shows how people are genetically programmed for the company of other species, and suffer enormously when we fail to live in harmony with them. And he analyses those deep spiritual needs, rooted in nature, that are also a crucial component of a loving world. Drawing on his own experiences and those of others who have put their beliefs into action, The Sacred Balance is a powerful, passionate book with concrete suggestions for creating an ecologically sustainable, satisfying, and fair future by rediscovering and addressing humanity’s basic needs.

Heat: How to Stop the Planet Burning

Started to worry about just how hot our world is going to get, and whether you can do anything about it? As the effect of climate change grows by the day, so does the amount of hot air and bluster spouted by politicians and businessmen on what we should do about it. What with the excuses, the lies, the fudged figures, the PR greenwashing and the downright misinformation on the power of everything from wind turbines to carbon trading, when it comes to saving the world, most people don’t know what they’re talking about. Luckily, George Monbiot – scourge of big business, riler of governments, arch-enemy of climate change deniers everywhere – does. Packed with killer facts and inspiring ideas, shot through with passion and underlined by brilliant investigative journalism, with a copy of “Heat” you really can protect the planet. ‘I defy you to read this book and not feel motivated to change’ – “The Times”.

In 1972, three scientists from MIT created a computer model that analysed global resource consumption and production. Their results shocked the world and created stirring conversation about global ‘overshoot,’ or resource use beyond the carrying capacity of the planet. Now, preeminent environmental scientists Donnella Meadows, Jorgen Randers, and Dennis Meadows have teamed up again to update and expand their original findings in The Limits to Growth: The 30 Year Global Update.

Meadows, Randers, and Meadows are international environmental leaders recognised for their groundbreaking research into early signs of wear on the planet. Citing climate change as the most tangible example of our current overshoot, the scientists now provide us with an updated scenario and a plan to reduce our needs to meet the carrying capacity of the planet.

Over the past three decades, population growth and global warming have forged on with a striking semblance to the scenarios laid out by the World3 computer model in the original Limits to Growth. While Meadows, Randers, and Meadows do not make a practice of predicting future environmental degradation, they offer an analysis of present and future trends in resource use, and assess a variety of possible outcomes.

What should we have for dinner? Ten years ago, Michael Pollan confronted us with this seemingly simple question and, with The Omnivore’s Dilemma, his brilliant and eye-opening exploration of our food choices, demonstrated that how we answer it today may determine not only our health but our survival as a species. In the years since, Pollan’s revolutionary examination has changed the way Americans think about food. Bringing wide attention to the little-known but vitally important dimensions of food and agriculture in America, Pollan launched a national conversation about what we eat and the profound consequences that even the simplest everyday food choices have on both ourselves and the natural world. Ten years later, The Omnivore’s Dilemma continues to transform the way Americans think about the politics, perils, and pleasures of eating.

Small Is Beautiful is Oxford-trained economist E. F. Schumacher’s classic call for the end of excessive consumption. Schumacher inspired such movements as Buy Locally; Fair Trade,&#148; while voicing strong opposition to &#147;casino capitalism&#148; and wasteful corporate behemoths. Named one of the Times Literary Supplement’s 100 Most Influential Books Since World War II, Small Is Beautiful presents eminently logical arguments for building our economies around the needs of communities, not corporations.

Intended as an invitation to an alternative way of life, this anthology brings together some of the most important literature on the post-consumerist living strategy known as voluntary simplicity. By examining afresh our relationship with money, material possessions, the planet, ourselves and each other, the simple life of voluntary simplicity is about discovering the freedom and contentment that comes with knowing how much consumption is truly enough. And this might be a theme that has something to say to everyone, especially those of us who are everyday bombarded with thousands of cultural messages insisting that more is always better. Voluntary simplicity is an art of living that is aglow with the insight that just enough is plenty. The contributors to this anthology all leading figures in the voluntary simplicity movement are highly distinguished scholars, activists, educators, and artists. Brought together so comprehensively for the first time, the result is a collection of the very best writing on one of today’s most important but neglected ideas.

Affluenza: When too much is never enough

Our houses are bigger than ever, but our families are smaller. Our kids go to the best schools we can afford, but we hardly see them. We’ve got more money to spend, yet we’re further in debt than ever before. What is going on?

The Western world is in the grip of a consumption binge that is unique in human history. We aspire to the lifestyles of the rich and famous at the cost of family, friends and personal fulfilment. Rates of stress, depression and obesity are up as we wrestle with the emptiness and endless disappointments of the consumer life.

Affluenza pulls no punches, claiming our whole society is addicted to overconsumption. It tracks how much Australians overwork, the growing mountains of stuff we throw out, the drugs we take to ‘self-medicate’ and the real meaning of ‘choice’. Fortunately there is a cure. More and more Australians are deciding to ignore the advertisers, reduce their consumer spending and recapture their time for the things that really matter.

The Wealth of Nature

Our destructive obsession with money and economic growth has driven us to the brink of disaster. The Wealth of Nature exposes the flaws in conventional economic theory and shows how through public policy initiatives and personal choices the economy can be restructured at an appropriate scale with a focus on the natural world.